First Synagogue built in Europe after 1940 will be in Romania 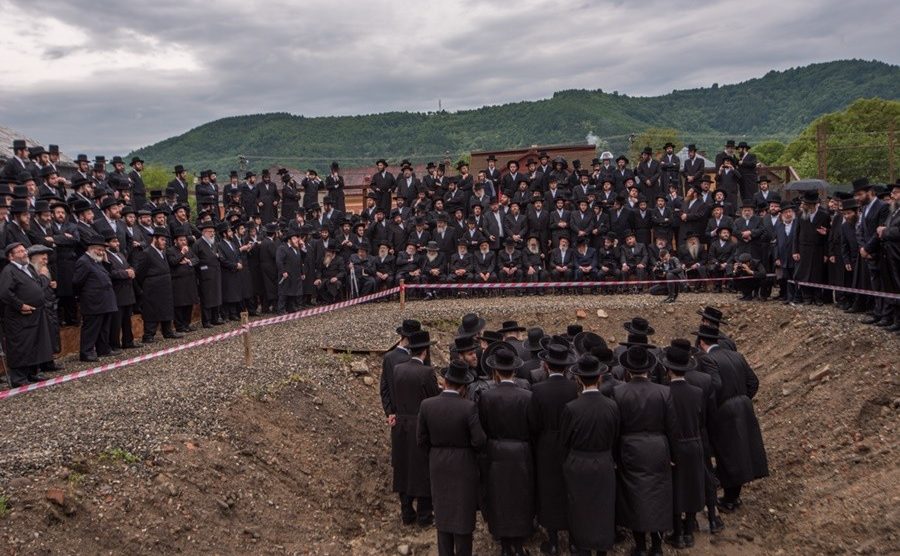 Sighetu Marmatiei is expected to become an important meeting point for Jewish people all across the world with the building of the first Synagogue in Europe since 1940. On May 21st the symbolic first stone was laid on the place of a former Jewish temple.

Sighetu Marmatiei (colloquially known as Sighet) was once home to one of the most numerous communities of Jews living in Northern Romania. They were practitioners of Hasidic Judaism, a sub-group within Ultra-Orthodox Judaism. The beginnings of the Jewish community date back to the 17th century and over the course of the 19th century the population grew significantly, as a result of them being allowed to own land. By the start of the First World War their number reached 8,000 (approximately 37% of Sighet’s population) and continued to grow up till 10,500 in the 1930s. In 1944, during the Second World War, there were roughly 14,000 Jews living in Sighet.

After the war though, the situation changed. Throughout the 1940s Romanian Jews were deported, put into forced labor, sent to Auschwitz and other concentration camps. Many of them were killed and the few that managed to survive moved to other countries, especially Israel. Today, there are only a few Jewish families (around 100 people) left living in Sighet.

In 1790 Jewish people from Maramures were granted permission for the first time by the Austro-Hungarian Empire to build a Synagogue. Until then all of their religious and educational activities took place in small houses called “shtiebel”. As their community started rising in number, so did their places of worship. Sight had as many as 2 temples, 6 synagogues and 13 prayer houses.

Amongst these, the only one that still remains is the Wisnitzer Kloiz Synagogue. It was built during 1901-1902 by the Káhán family and presents features of eclectic architecture, with beautiful interior decorations. During the war it was used as warehouse for pillows, linen and duvets, but after the return of the deported Jews it was restored and now acts as the main religious center for the remaining Jewish population of Sighet.

The other most important synagogue of the town was the Great Orthodox Synagogue, the one built in 1790. It pertained to the Teitelbaum family, a known and respected dynasty of rabbis. Apart from the imposing building, the property also had a series of houses pertaining to the local community, the home of the rabbi, religious schools and a ritual bath (mikveh). After the Jewish deportation the Synagogue was used as warehouse for food and later burnt in its entirety. The only remnants are the walls of the ritual bath.

The building of a new Synagogue

In the place where the Great Orthodox Synagogue existed the descendants of the Teitelbaum dynasty decided to construct another temple as token of their faith. The symbolic laying of the first stone took place on the 21st of May 2017 and the ceremony was attended by over 250 rabbis led by Aaron Teitelbaum, the Jewish community’s leader. Apart from the religious temple, officials also want to rebuild the old ritual bath and to set up a hotel for Jews who will visit the monument in years to come. The event marked the building of the first Synagogue in Europe since 1940.

Until the new Synagogue is completed, however, you can discover other Jewish heritage sites of Maramures and Romania in one of our guided genealogy tours.