Wildflowers in Romania are best spotted in June 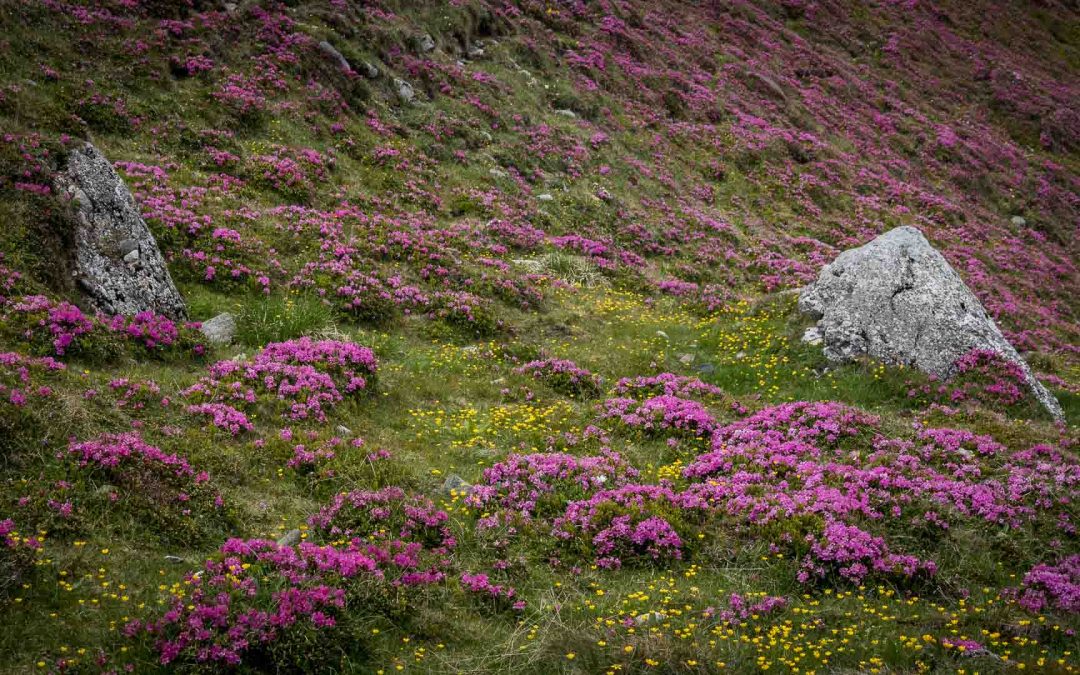 Now rare and treasured, grassy meadows are not only stunning, but buzzing with wildlife – thousands of species of wildflowers, butterflies and small insects make this place their home. Fresh, flowery, luxuriant meadows are best discovered in June when all nature is alive and wildflowers in Romania are in full bloom.

Romania has one of the richest flora and fauna in Europe. According to the National Agency for Environmental Protection there are 3630 species of plants growing here. Amongst these, 1190 species are found in the Retezat National Park, a place renowned for its floristic diversity.

Different wildflowers grow in different habitats, depending on the soil, geography, climate and human management. The two main categories are hay meadows (below 1800 m altitude) and alpine meadows (found at altitudes of over 1800 m).

They are characterized by warm, dry temperatures and rich soils, a fact which stimulates the development of agriculture in these areas. Luckily, in Romania there are still traditional hay meadows where animals are prohibited from pasturing and hay is cut only after the middle of July, giving visitors the opportunity to be greeted with a luxuriant display of flowers. The plants are fixed deep into the ground; the leaves are small and covered with small hairs for protection.

The main attraction of hay meadows are wild orchids. There are 56 different species found in Romania, covering an impressive array of shapes and colors, from clear white to deep pink and purple. Contrary to orchids found worldwide, known for their exotic appearance, these are rather small, but nonetheless eye-catching. The most notable species include the fragrant orchid (Gymnadenia conopsea), the heath spotted orchid (Dactylorhiza maculate), the elder-flowered orchid (Dactylorhiza sambucina), the greater butterfly-orchid (Platanthera clorantha –verdastra), the lizard orchid (Himantoglossum hircinum), the monkey orchid (Orchis simia) and the three-toothed orchid (Orchis tridentate). 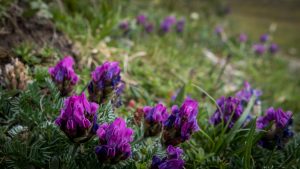 A species of orchid 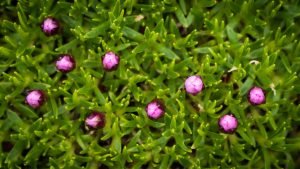 These meadows are found in various locations across the country, but small villages in the region of Transylvania are most popular among tourists.

They are characterized by low temperatures and harsh climate conditions, which may explain the survival of wildflowers. As it is a difficult place to cultivate, it is mostly left untouched by humans. The flowers are small, of the creeping type or oriented towards the sun. There are hairs or thorns on stems and leaves to protect the plants from the wind. Due to the intense light coming from the sun, the flowers are usually very colorful. 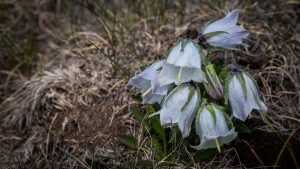 A rare species is the edelweiss (Leontopodium alpinum), known for its delicate, white petals. It is protected by law, the same as ”bojorul de munte” (Rhododendron myrtifolium), a plant common in the high mountains of Easter Europe. Other rare species of Romanian wildflowers are the globeflower (Trollius europaeus), “iedera alba” (Daphne blagayana) and a species of bellflower that only grows in Europe (Campanula napuligera). 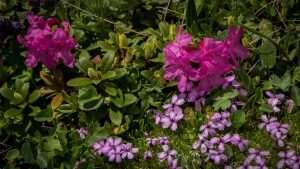 The emblematic place for alpine meadows in Romania is the Retezat National Park, which greets visitors with a carpet of multicolored flowers. Other places of interest are the Bucegi Natural Park, the Piatra Craiului National Park, the Domogled-Valea Cernei National Park and the Tarnave Mare region.

The best way to fully appreciate nature’s wonders when venturing into a flower-rich meadow is being careful – do not step everywhere you see because you can flatten rare flowers or destroy animals’ nests. It is better to follow footpaths and go together with a local guide, who can tell you everything you need to know about wildflowers in Romania.

If the perspective of whiling away a sunny day in the middle of a paradise of flowers fascinates you, check one of our wildlife and nature tours, where we can include a trip to your favorite flower-spotting places! 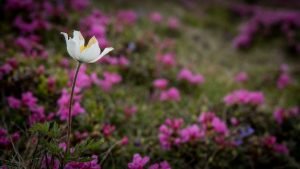 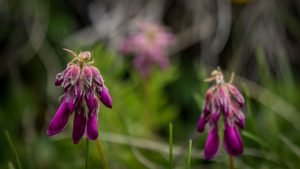 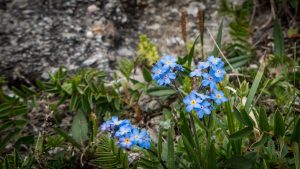 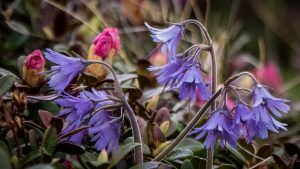