Transylvanian Saxons come back home to celebrate history and traditions 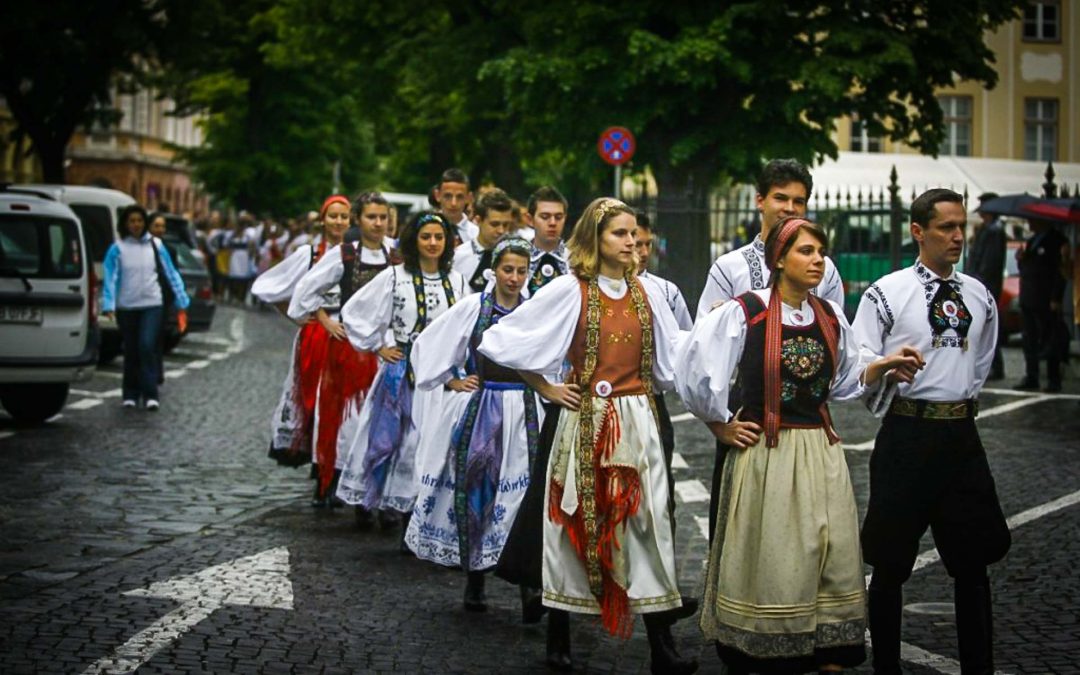 The largest event dedicated to Transylvanian Saxons is set to take place this summer, reuniting more than 20 000 Saxons from all over Europe. During two weeks they will visit small villages from Transylvania to reminisce about their past and bring old traditions back to life. The event will culminate with a 3-day-celebration in the town of Sibiu, where traditional dances, concerts and folk costume parades will take place.

The Transylvanian Saxons are a group of German origins who first came to the actual territory of Romania in the middle of the 12th century, called by King Géza II to defend the southeastern borders of the Kingdom of Hungary. The use of the term “Saxon” is considered controversial by historians, as most of the people were from the Roman Empire and only a small portion of the colonists were of Saxon origins. However, Germans working for the royal chancellery decided to address them all by this name.

The colonization of the Transylvania region happened over time, with three large groups of settlers coming in until the end of the 13th century. The inhabitants formed their own community and were granted rights and obligations by the king. They developed socially and economically, despite the Mongol Invasion which destroyed many of the Kingdom’s towns. As a matter of fact, as a result of this event they built in almost every village fortified churches that are now part of the UNESCO World Heritage.

Although for many centuries they were considered part of the “Union of the Three Nations” and had an important role in political life, after Transylvania went under Austrian Habsburg rule their influence started to decrease. They saw themselves as a minority, compared to Romanians and Hungarians.

Following the end of World War I and the unification of Transylvania with the rest of Romania, Saxons were given full minority rights in the new established country, although many of them lost their land in the reform that came. Their situation worsened after the Second World War, when Romania joined hands with the Allies. A great number of Saxons were arrested and sent to labour camps.

During the communist regime the majority of the remaining Saxons emigrated to West Germany, a movement supported by the German government. Other important communities of Transylvanian Saxons are found in Austria, the United States of America (especially Pennsylvania and Ohio) and Canada. Nowadays, approximately 25 000 Saxons are left living in Romania.

The 27th edition of the Transylvania’s Saxons Annual Get-Together

Each year, Saxons that still live in Romania and those that have built a life in another place reunite to honor their history and traditions. This year’s festival will take place between 29th of July and 13th of August and more than 20 000 Transylvanian Saxons are expected to attend, making this their largest reunion up to date.

During the first days of their get-together they will visit the villages from Transylvania where they grew up, go inside the fortified churches to attend mass or listen to organ concerts. There will also be opportunities for day-trips to the major tourist attractions of the region available. At night, villagers will organize cultural events and music concerts in order for everyone to learn about Saxon customs and traditions.

The main celebration will be held in Sibiu, between 4th and 6th of August. The town’s center plaza is expected to be full to the brim with Saxons and Romanians alike. There will be dance ensembles, music concerts, parades of folk costumes, cultural workshops, vendors selling traditional foods and drinks, all waiting to entertain the participants.

There are other Romanian festivals and events celebrating the Transylvanian Saxons, their rich history and culture and you can see a complete list in our article Top 34 Romanian cultural events in 2017 to discover our history and traditions. Also, if you are interested in finding more about their background or if you have Saxon origins and want to discover the places where you grew up, check our genealogy tours.

Transylvanian Saxon heritage can be explored during one of day trips from Sibiu.

[UPDATED] Here are the first videos from the celebration in Sibiu: