Top 11 attractions in Western Romania that you must not miss 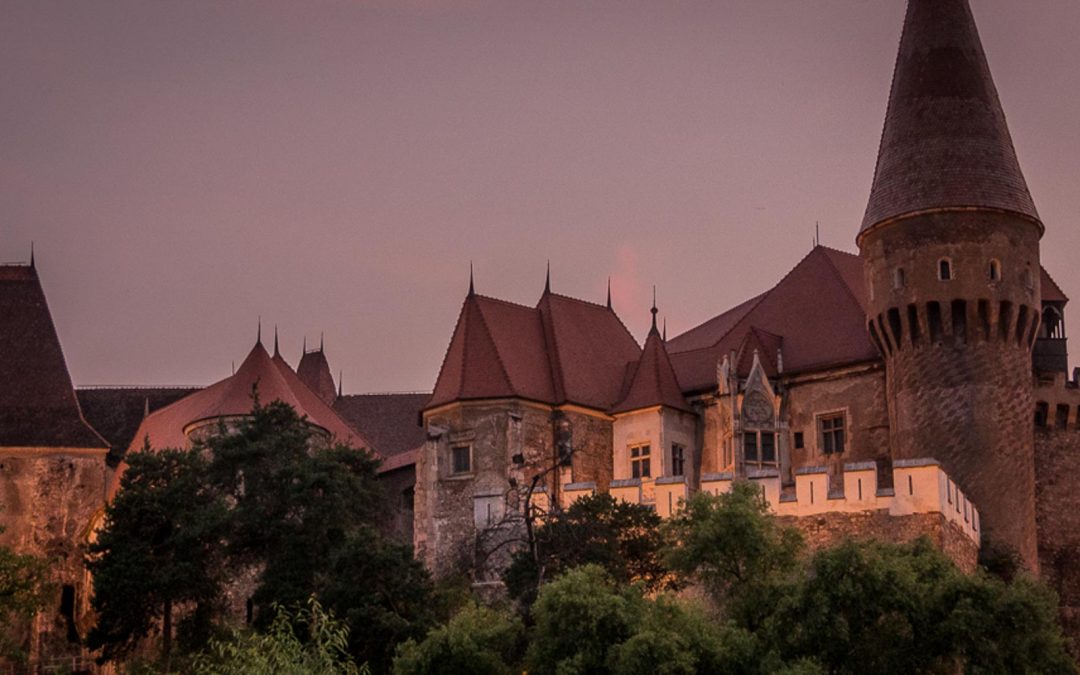 Can’t decide whether you want a trip during which to wander around cities rich in history or spend a relaxing time in the heart of the nature? Here is the perfect choice for you: Western Romania. Although not as famous as the rest of the country, this region has its hidden treasures: cities full of history, ancient ruins, the oldest church where service still takes place, breathtaking castles and natural parks with stunning views.

Here is our choice of top 11 attractions in Western Romania that you must visit (in no particular order):

The most important city in Western Romania, Timisoara has always been characterized by its multiculturalism. During its tumultuous history, it was home to important communities of Germans, Jews, Hungarians and Serbs and traces of their culture are part of the city’s heritage. You can admire the proof of their coexistence and see the fusion of baroque, secession and eclectic architectural styles. 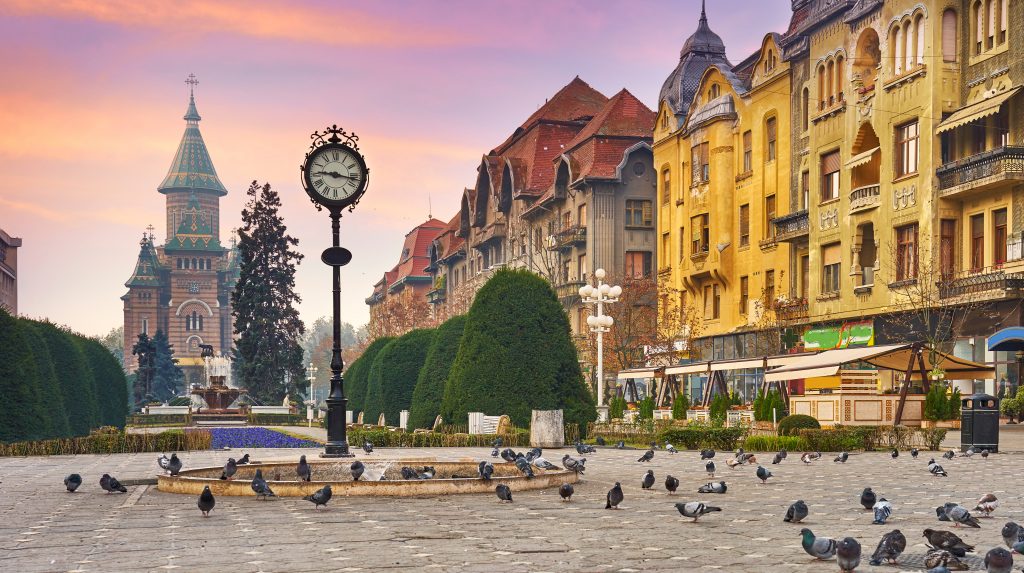 You will also be able to visit the main plazas of Timisoara and find out how the city played an important role in stopping the Ottomans from invading Europe or learn about the start of the 1989 revolution that freed Romania from communism. Chosen European Capital of Culture for 2021, tourism in Timisoara is bound to bloom.

Located in the western extremity of the country, the city of Arad may seem unfamiliar to many, but during the domination of the Austro-Hungarian Empire it was one of the cultural hubs of the region. That’s why it’s also known as an “outdoor museum of architectural styles”. Along the main artery, lined on both sides by tall, imposing trees, you can marvel at the City Hall Palace, the Palace of Culture, churches and theatres built in neo-gothic, secession, neo-classical or art-nouveau styles.

Near Arad you can find the Minis-Maderat vineyards, which are well worth a visit.  They are one of the oldest of their kind in Romania and produce over 11 different types of high-quality, exquisite wines. There is also a Vine and Wine Museum, which includes exhibits that highlight the history of wine-making in the region since the 11th century.

Another wine estate of similar importance can be found close to Timisoara – The Recas Wineries. They offer a great selection of wines made from both international and local grape varieties, so a tasting session here will prove to be an interesting and pleasant experience. If wines and vineyards captivated you, check our Wine Tour from Timisoara on 4th of July Weekend. 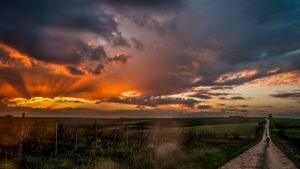 This famous castle is set on a rock, above a small river in the county of Hunedoara. Transylvania’s most important Gothic architectural monument, it has imposing towers, bastions, a grand inner courtyard and tall windows adorned with stone carvings. To reach the castle you have to cross a long entrance bridge and it seems as if with every step you take, you go back to medieval times. 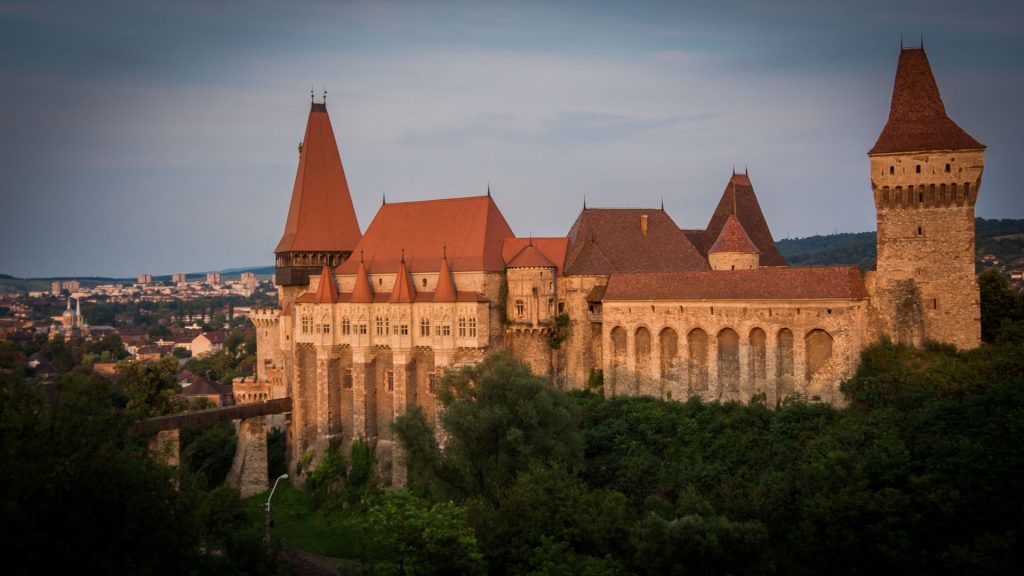 Built in the 15th century by John Hunyadi, Corvin Castle suffered multiple fires and subsequent renovations. What is more, each family that owned the castle over the years added its own distinctive touch, which led to it transforming into a building of Gothic-Renaissance style. The interior chambers and halls are scarcely decorated, but the centuries-old atmosphere is present everywhere. Add to this the multitude of legends the surround the castle’s history and you will understand why the Huffington Post presented this castle as one of the ten most fairy tale like constructions of this kind in the world.

5. Dacian Fortresses of the Orastie Mountains

For anyone fascinated with the mysteries of lost civilizations, this is a must see destination in Western Romania. Part of the country’s UNESCO World Cultural Heritage, these fortifications are the remains of the Dacians, the ancestors of Romanian people. There are 5 different fortresses placed strategically across the Orastie Mountains, amongst which the most important one is Sarmizegetusa Regia, the ancient capital of pre-Roman Dacia. Built approximately 2000 years ago, the site is a complex of sanctuaries illustrating the astrological prowess of the Dacians. The most remarkable shrines are the Big Rounded Sanctuary, which is said by many to have similitudes to Stonehenge and the Andesito Sun, allegedly dedicated to a solar deity. Close to the sanctuaries there are also ruins of a settlement area used by nobles and their servants. 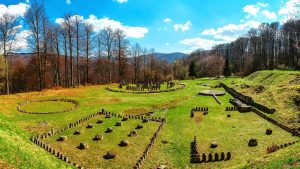 Situated in the south of the Anina Mountains in the Caras-Severin county, this is one of the 14 national parks of Romania, best known for its worldwide famous attractions Bigar Waterfall and Ochiul Beiului Lake. The park, however, is a wonder of the nature in its entirety: here you see the longest gorges in the country (over 20 km), a unique lake formed by the collapse of a cave ceiling and dazzling landscapes of valleys, caves, waterfalls, forests and cliffs. Be it following the hiking trails or kayaking on the Nera river, you can be sure to spend a marvelous time discovering this land of diversity. 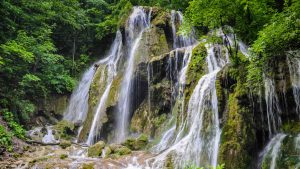 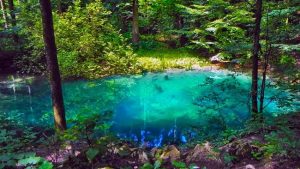 This charming cave is located near the city of Petrosani and after undergoing a major renovation a few years ago, it became a major point of interest in the region. One of the few caves in Romania that can be visited in its entirety, it impresses with its large, open spaces, suspended bridges, plays of lights and mysterious atmosphere. Amidst the murmur of the stream you can read stories and legends of the place on the rough walls and admire old paintings. At one end of the cave, the light coming from outside contrasts with the overall darkness, giving life to impressive sceneries only seen in movies. If lucky, you can even spot colonies of bats flying in the distance.

It is the oldest church in Romania where service still takes place regularly. Although it officially dates back to the 13th century, its origins are surrounded in mystery. According to some historians, it was built on the ruins of a temple dating back to the 4th century AD. Said temple was dedicated to Zamolxes, a Dacian god. Others claim that is was a pagan temple used by the Romans. What we know for sure is that Roman gravestones and Dacian stone blocks were used to build the initial structure of the church.

Another reason why it is considered one of the most beautiful buildings in Romania is its mix of architectural styles. The Byzantine style dominates the overall construction, but traces of Roman features can be identified in the tall columns and statues. The interior design is no less fascinating: mural paintings dating back to the 15th century are still visible on the walls, including a painting of Baby Jesus dressed in a Romanian traditional costume. 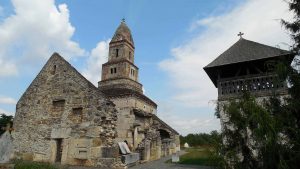 One of the less known attractions of Western Romania, but without a doubt, one worth a visit, is the Simeria Arboretum, a 300-years old park situated on the banks of the Mures River. It is the vastest arboretum in the country and the third largest in Europe, occupying a surface of over 70 hectares. What makes it stand out, though, is the fact that it’s home to the oldest collection of exotic and domestic plants in Romania. You can stroll along narrow paths and admire grandiose trees, bizarre bushes and mysterious flowers, walk into open clearings or count the number of rings on tree trunks to find out their age. During spring, when flowers are in bloom, you can relax under the shade of the trees and observe nature at its best.

10. The Wooden Churches from Faget area

Altough many people have heard of the wooden churches from Maramures, few are aware that in the western part of Romania there is a scenic area of similar beauty. Scattered across valleys and at the base of the mountains, 28 wooden churches can be visited here. They stand out through the intricate, elegant architecture and impressive interior mural paintings, in some places kept since the church’s origin. Some of the most renowned churches can be found in the villages of Zolt, Povergina, Batesti, Dubesti and Grosi. The oldest one dates from 1676 and is located in the village of Crivina de Sus.

A paradise for all lovers of active leisure, the Domogled – Valea Cernei National park offers over 30 tourist trails and numerous opportunities for climbing, hiking and rafting. This is the largest national park in Romania and apart from its rich biodiversity, it is known for the hamlets isolated in the mountains. Small villages can be found at over 1000 meters altitude, where no cars, tractors or carts can reach. People there live self-sufficiently – they raise animals and farm the land in order to feed themselves. The baths in Herculane are also a major point of interest. Dating from the time of Roman occupation, these natural hot water pools attract visitors for their healing and therapeutic properties. 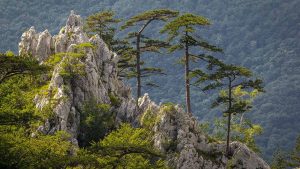 Don’t be afraid to venture away from the country’s main tourist spots – our top 11 attractions in Western Romania cover everything you may want to enjoy while vising, only in a slightly less rowdy atmosphere. We can organize for you a tailor-made day trip to any of these attractions and help you unveil the marvels of Romania! For an example of such a trip, see our Day trip from Alba Iulia or Deva or our Private day tour from Arad.