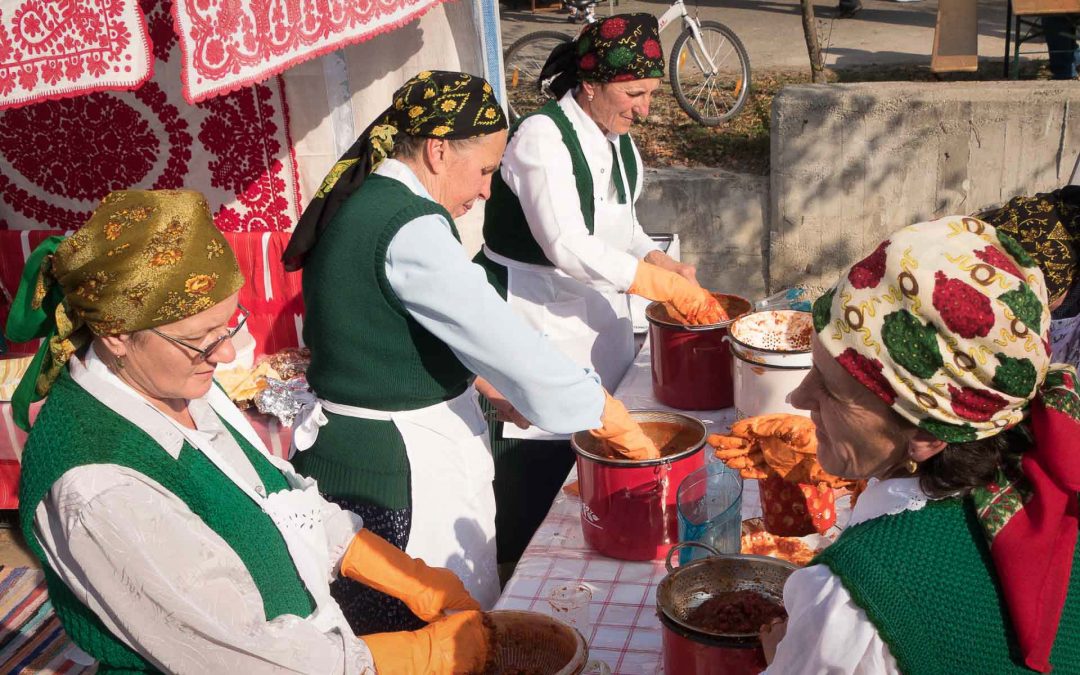 Transylvania hosts a significant Hungarian minority and they do a wonderful job at preserving their identity and traditions. One of the best ways to experience this is at the Rosehip Festival which takes place every October in the village of Sancraiu, 1 hour away from Cluj Napoca in the wider region called Calata.

The Transyvanian festival celebrates rosehip which is abundant in the region and the locals make jam out of it – a true delicacy.

When you arrive, you are welcomed by a young couple wearing traditional clothes and offering you cookies with … rosehip jam! 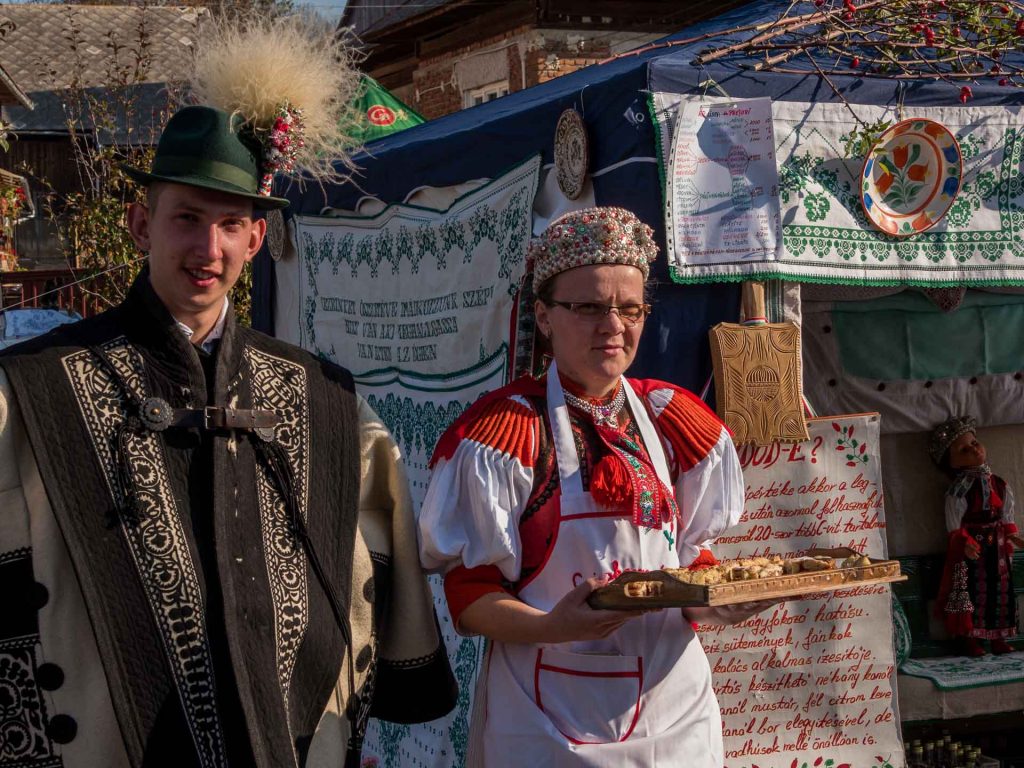 Then, during the festival there is a competition to make rosehip jam where teams of 4-5 women compete against each other. It doesn’t really matter who wins as long as the jam is done 🙂

Children join the feast as well, dressed in traditional clothing, which is wonderful to see. 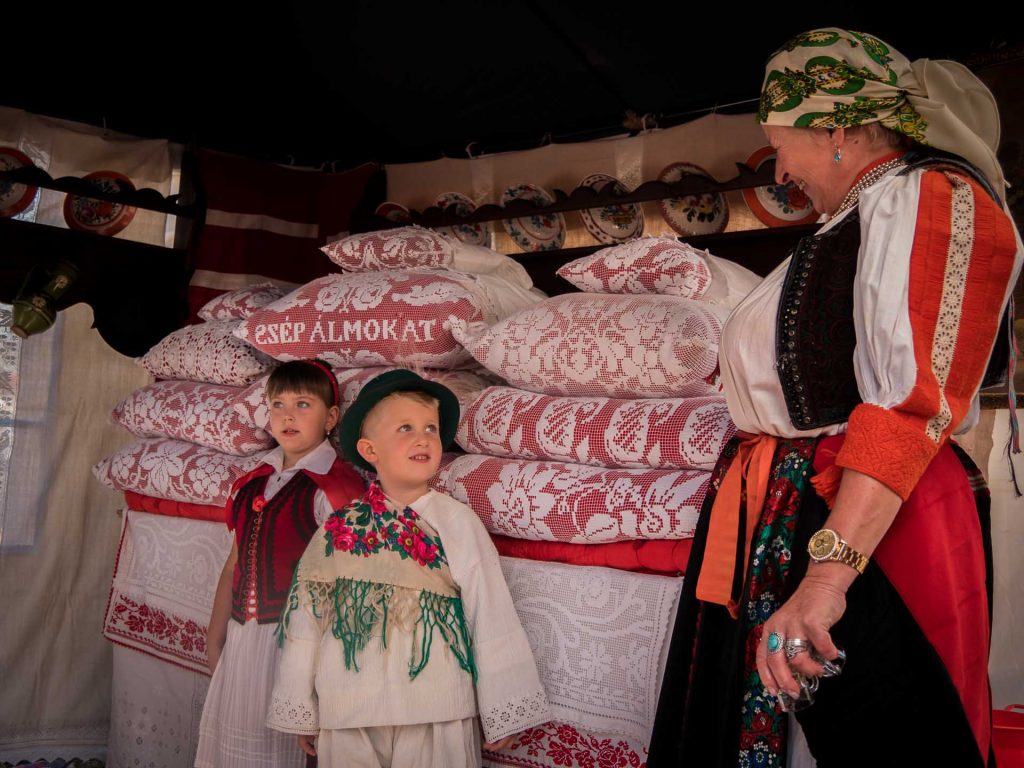 And the young ones too. Here is a girl from the Sancraiu Roseship Festival wearing a traditional unmarried woman clothing and headpiece. 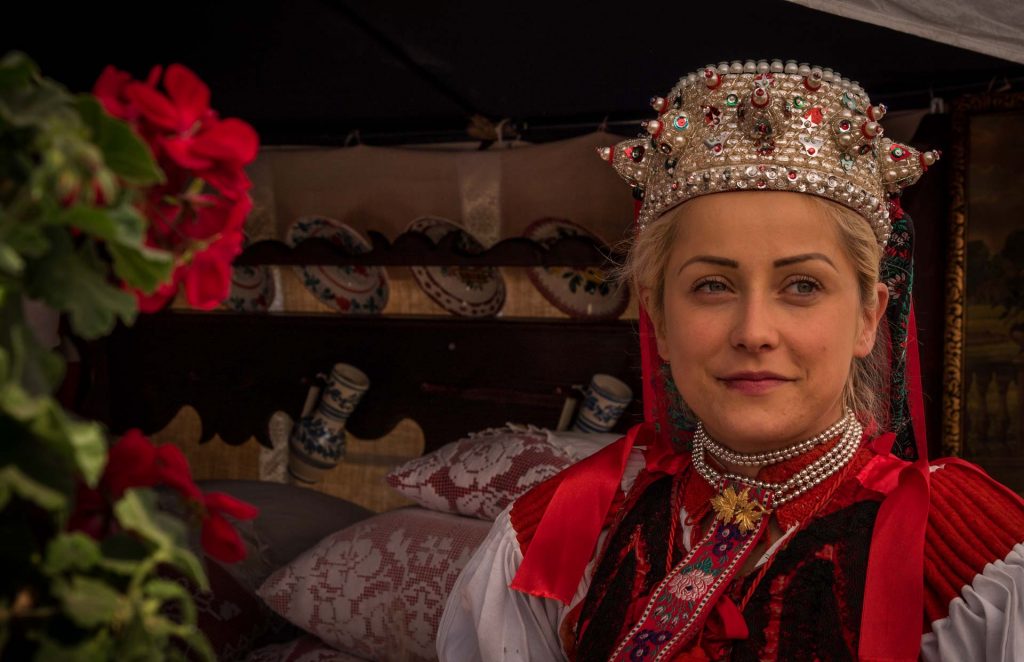 The older ladies of the village participate, too … mostly by giving directions, debating, enjoying and people-watching 🙂 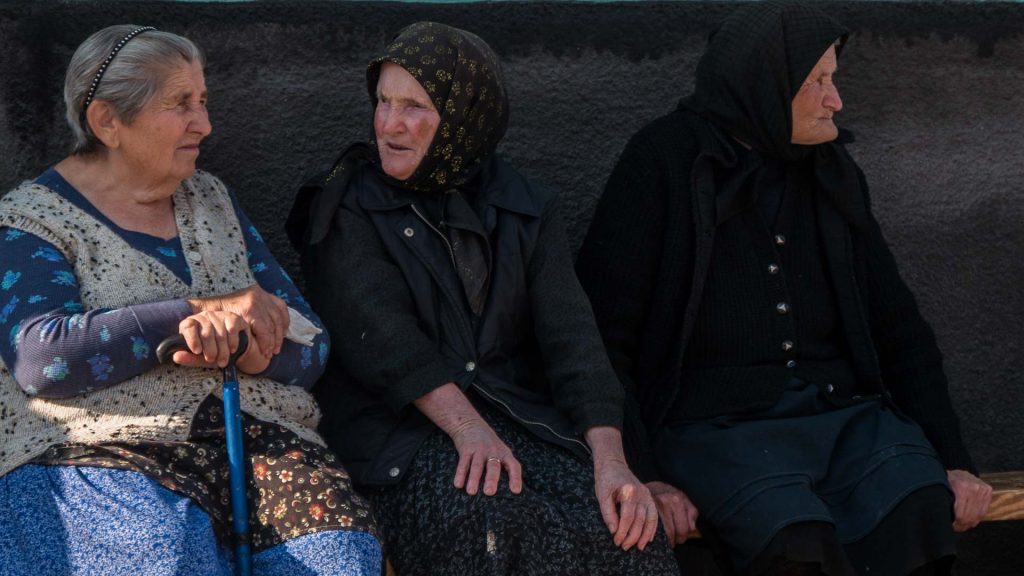 Jam making goes on. It is quite a complicated procedure and it takes hours and several stages until it is done. A whole day’s work, in addition to the time spent on gathering it.

Meanwhile a brassband goes through the village playing and a group of children dressed up in traditional clothes parade and get ready to perform a typical dance from Sancraiu. 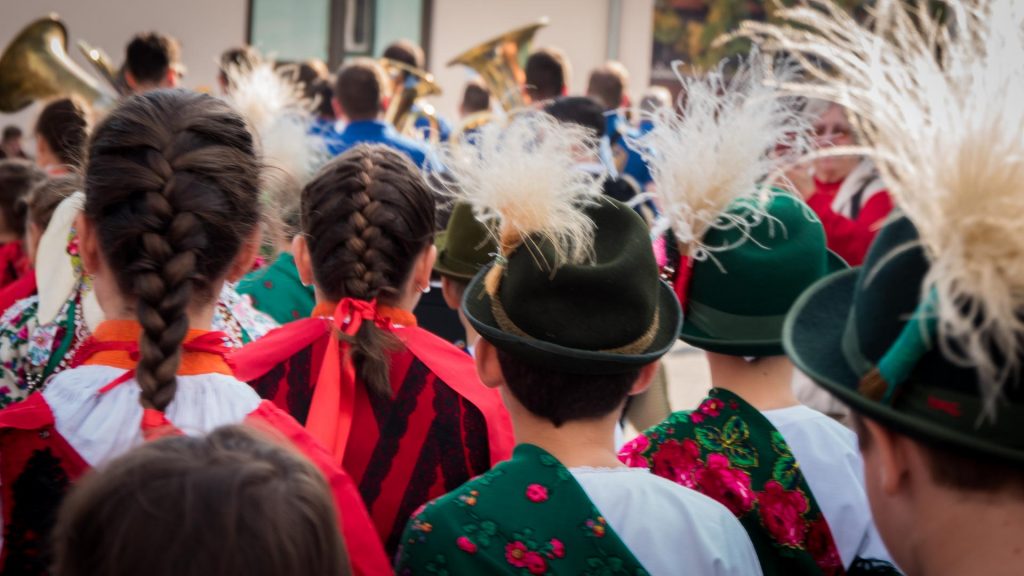 Rosehip jam was on sale at the stands. And so was palinca, blueberry liquor and other types of jams.

All in all a wonderful experience, both cultural and culinary, one of the many flavors of Transylvania and Romania.

The photos of the Sancraiu Rosehip Festival were taken during one of our photo tours.