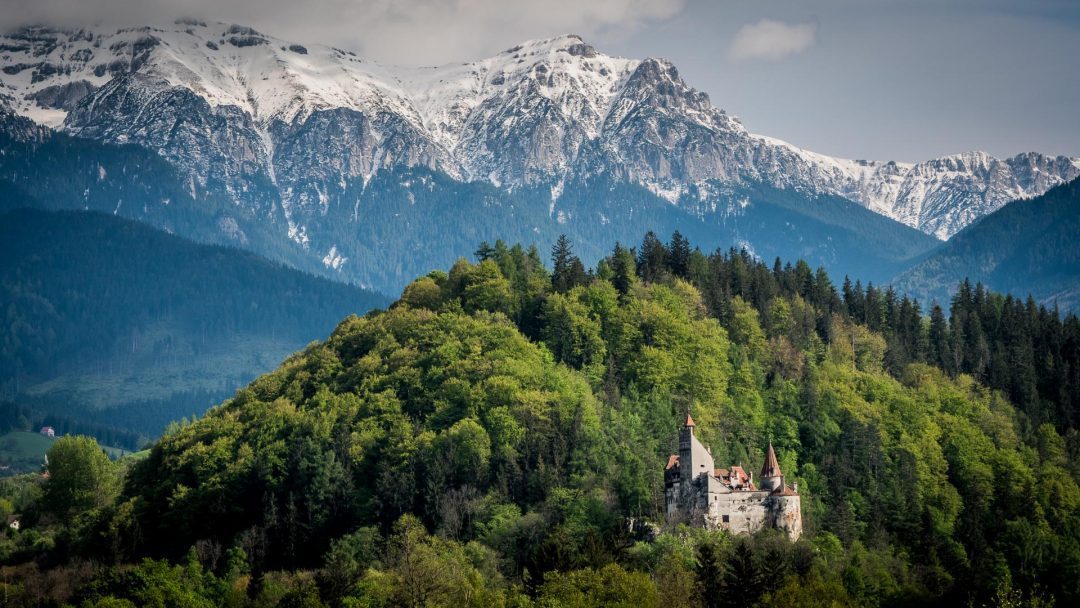 Advocate of bringing to light the hidden gems of the travelling world, Rick Steves could not have overlooked Romania, a still unfamiliar destination in Europe, but one which fascinates visitors with its pure, unadulterated spirit. Discover with us Rick Steves’ Romania itinerary and immerse yourself in a “land of contrasts”, where bustling cities and places marked by traditions coexist.

The text written in “” belongs to Ricks Steves.

Who is Rick Steves?

Author, radio host and TV producer, Rick Steves is thought to be a guru in the travelling field. His expertise on European Travel lies at the basis of his work: he has written over 50 guidebooks, produces the long-running travel series Rick Steves’ Europe, hosts an hour-long weekly radio show Travel with Rick Steves and contributes to newspapers and magazines. In every one of his endeavors his attitude towards travelling is easily identified. He advises tourists to act as what he calls “temporary locals”, which means to visit not only the most famous sights a destination has to offer, but also off the beaten track places.

His stay in Romania

Rick Steves’ Romania visit took place in the summer of 2016, commencing in the country’s vibrant capital of Bucharest. The city stands out through its “eclectic mix of architecture”, visible in the Old Town where buildings of French inspiration cradle cobbled, narrow streets and in the colossal Palace of the Parliament, which has over a thousand rooms, grand ballrooms and impressive staircases.

His next stop was the Peles Castle, a retreat built in the mountains by the former king of Romania, Carol I. One of “Europe’s finest Romantic Age palaces”, it has sophisticated and very elegant interior decorations, carved in wood by German architects and a remarkable collection of weapons and books.

Going past the Carpathian Mountains and into Transylvania he reached Brasov, a medium-sized city surrounded by soaring mountains. Brasov’s Old Town is the place of interest amongst visitors, with its charming, historic design. Next on his list was the medieval town of Sighisoara, with its bygone-era atmosphere, cobbled lanes, colorful facades of buildings and scenic views, worthy of its place on the list of Romania’s UNESCO World Heritage sites. 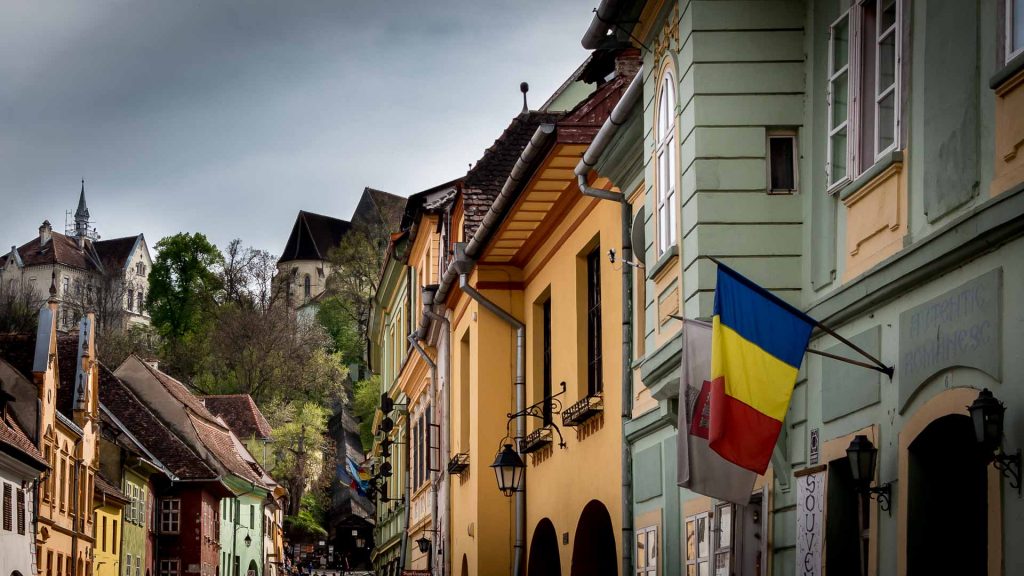 No trip to Transylvania could be complete without a stop at the infamous Bran Castle, better known as Dracula’s Castle. Although it has no links to scary vampires, it awes visitors, being perched on top of rocks and having medieval, beautiful interior decorations.

Rick Steves’s intinerary also included the less known but not less impressive Transylvania’s fortified churches. Found in villages of German heritage such as Prejmer, Harman and Viscri, they are massive, rounded constructions which could accommodate entire communities.  In idyllic Romania countryside he took into account a stop at a Roma house, where he found out about the craft of metalworking. 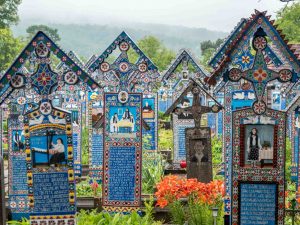 The last on his list was the region of Maramures, “where everyday life still feels like an open-air folk museum.” Staying at a rural guesthouse where hosts practice traditions kept for centuries, like weaving or working a watermill is the best way to truly get to know Maramures. With the mindset of becoming a temporary local, Ricks Steves drank water from a well, rode a horse cart, enjoyed a hearty, tasty meal typical of the region and tried the local firewater.

Maramures is also famous for its wooden churches, part of the UNESCO World Heritage and the Sapanta Merry Cemetery, where crosses are decorated with colorful paintings and poems: it’s a “celebration of each individual’s life, as well as a chronicle of village history”.

Rick Steves’ Romania visit can be defined by three short remarks: “amazing sights”, “endearing people”, and “rich memories”. The diversity of Romanian heritage was illustrated in the glorious sceneries, the intriguing history, the elaborate culture and the thriving folk life. But why not better see the marvels of Romania with your own eyes? After being enchanted by the splendid images you can choose to discover them yourself!

If you are also interested to visit the places Rick Seves was impressed by we can organize a tailor-made private tour of Romania. Here is a tour suggestion for you, which also includes Bucovina region, a place that he mentioned but did not get to see.