Jews in Romania: from a promising start to the struggle for life 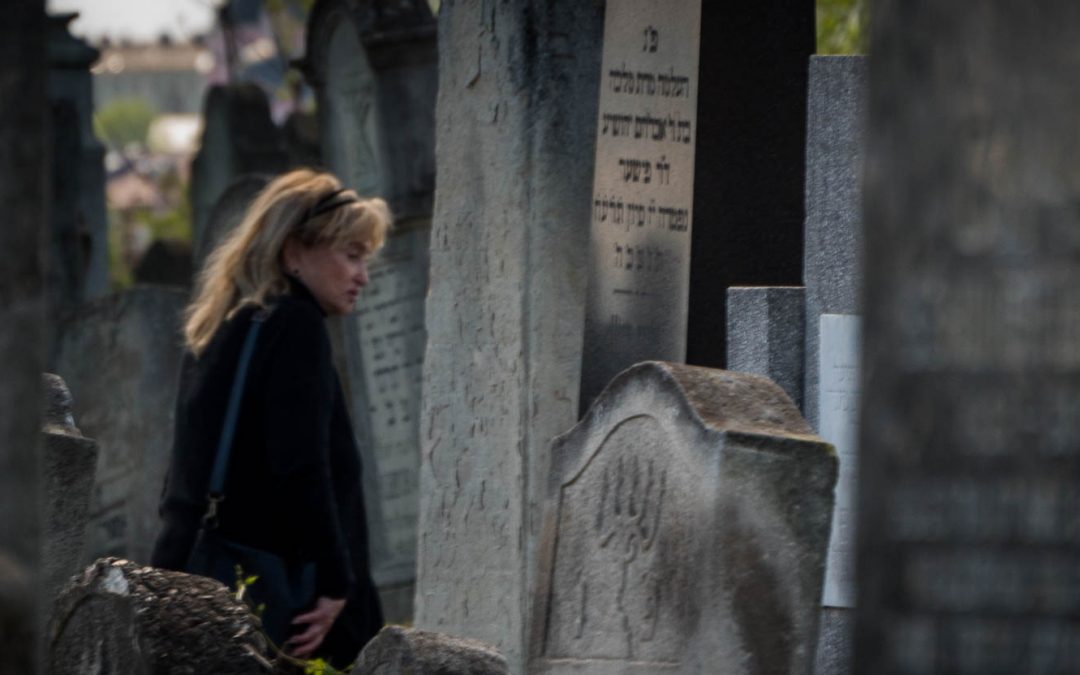 They followed the Romans, lived among Dacians, traded for Moldavian rulers and fought alongside Romanians. The history of Jews in Romania is strongly attached to the country’s own history. Find out how deeply their existence has impacted the economy and culture of the country, what were the reasons of their coming and how was their life in the midst of Romanian borders. The story will take you to a time when the Jewish population was thriving and their businesses flourishing but also to a time of oppression and restrictions that inevitably led to a decline.

One of the few nations that managed to survive throughout history, the Jewish people are strongly attached to the multicultural history of Romania. The Jews were present in the majority of cultural and social events and their prosperous businesses had a say in the economy of the country. “The water passes, the stones remain” says an old Romanian proverb. This can be easily transposed to the Jews living in Romania as the now dwindling population was once one of the largest minorities in the country and an important component in its evolution.

How did Jews come to Romania?

The first testimonies showing the presence of Jews on Romanian land dates from 101 AD when the Romans invaded Dacia, an ancient state located on the current territory of Romania. It is very likely that they followed the Roman troops as merchants and settled in Dacia for trading. Until the 14th century they were an insignificant population among other nationalities that were living on the territory but in the Middle Ages their situation changed.

Due to the persecution they faced in different European countries and expulsions from Spain and Hungary, important Jewish refugees found shelter in the Romanian principalities of Wallachia and Moldavia. Actually, as in the 14th century Moldavia was on the trade route between Northern Europe and the Ottoman Empire, some of the Jewish merchants coming from Poland region decided to settle here, as they were favorably received by the rulers.

After the war against the Turks in the 18th century, Moldavia had few inhabitants and needed reconstruction after war. The rulers decided to attract Jews from other territories by promising tax exemptions, land for prayer rooms and the right to be represented in the local councils, considering that in Eastern Europe they were often persecuted and had few civil rights. The Wallchians weren’t that friendly but they were depending on the Jewish businesses and crafts. As a result of the increasing number of immigrants, craftsmen guilds and religious Jewish communities started to emerge in the Romanian principalities.

In 1859, by the time when the two principalities of Wallachia and Moldavia joined to form Romania, the number of Jews increased to 130,000, representing 3% of the total population. In the 19th century, along with the annexation of Transylvania, the Jewish population continued to grow, reaching its peak in the 1930s with almost 800,000 people. They were already an important part of the total population with a 4% percent compared to the entire territory and having even higher rates in towns and cities. There were cities, such as Iasi and Botosani, where the Jews represented over 50% percent of the entire population. But unfortunately, the 20th century’s fascism came with a strong anti-Semitism, suddenly interrupting the slow process of emancipation of the Jews and dispelling any civil rights that Jews had until then.

How was their life?

In the beginning the Jews could enjoy relatively peaceful times in Romania. They were tolerated and allowed to trade and practice liberal professions. Thanks to official documents emitted by Wallachian and Moldavian rulers, they had the right to freely practice the Jewish religion, could have their own courts, schools and other civil organizations. The Jewish merchants exported animals, leather and cereals and many of them were craftsmen such as tailors, furriers and watchmakers. For some time the Wallachian treasury treated Hebrew as a guild of craftsmen for collection of taxes.

But even then the Jews “enjoyed” an inferior status compared to the Christian majority. Even if their number was increasing, their freedom faced some restrictions. For example, they could legally live only in some of the cities and they were not allowed to own agricultural lands. Hence, the Jewish population in all Romanian principalities was mostly living in urban areas.

The anti-Jewish hatred started in the late 16th century when the sovereign of Moldavia, Petru Schiopul, saw in the Jewish merchants a commercial competition. Therefore, he ordered their banishment on the grounds that they ruin the established Romanian businesses and try to enrich themselves by living off the backs of Christian people. The Orthodox Church also encouraged their parishioners to not tolerate the “heretic” Jews and prohibited all relations with them. Moreover, the oppression that occurred in the neighboring territory of Romania was often extended to the Jews living in the country.

Starting with the 19th century the now significant Hebrew presence was more and more striking in the Romanian social life. The programs of the Revolution of 1848, to which a large number of Jews participated, stipulated the emancipation of the Jewish population, giving them more important civil and political rights. And the Independence War between 1877 and 1878 highlighted the loyalty of the Jews towards the country, as they fought as any other Romanian. Given these facts, a lot of Jews thought that the barriers between them and the rest of the population would finally fall and their sufferings would come to an end. But unfortunately, these rights were granted individually and only the ones voted by parliament could obtain naturalization. No Jew was naturalized and their trust in the Romanian society was strongly shaken. And the worst was yet to come.

What happened during the Holocaust?

The first part of 20th century is distinguished in history as the strongest anti-Semitic period of all time and Romania makes no exception. Before the First World War, the “Jewish issue” was still unsolved. They had no elementary civil rights, despite the international pressure and the fact that they were born in Romania. In the war they could fight, they could die but they could not become officers.

More than that, in the World War II period, the fascist rulers introduced an abusive policy of anti-Semitism being strongly influenced by the German Nazis and frantically trying to purify the multicultural Romanian nation. Restrictive measures were taken and the Jews had lost all their rights. They were considered foreigners, could not work in any of the public institutions, their belongings became state property and were forbade to marry a Romanian. The lack of safety and civil rights led to outrageous actions against Jewry, including plundering, murdering and deportations.

The 40s stand out as the bloodiest period of Jewish life in Romania. Pogroms, conducted by the Iron Guard, took place in cities like Bucharest and Iasi, leading to the death of thousands of Jews. Other actions of extermination happened in the northern and eastern Romania and Transnistria became a huge concentration camp where the Romanian Jews were deported. As the Northern Transylvania was under the Hungarian domination, the Jews from that region were deported to Auschwitz and other concentration camps from Poland. During the Holocaust period and under the dictatorship of General Antonescu 264,900 Jews were killed, the number meaning 43% of the total Jewish population of Romania at the beginning of the 19th century.

In the years that followed the war, traumatized by the experiences of the past, the remaining Jews tried to not stand out with anything, some of them even changing their name and religion. But an amount of anti-Semitism continued in the years of communism, and even after that, as they were again blamed, this time for the sufferings under the totalitarian regime.

The Jewish population living now in Romania is protected by laws and faces no oppression. But there are still people that deny that the Holocaust happened in Romania too and, moreover, at such a barbaric scale.After the fall of Communism in Romania there was a tendency to reject Romania’s participation in the Holocaust but a commission established in 2003 shed light on this matter by publishing a comprehensive report. The commission was headed by Elie Wiesel and the report can be accessed here.

As in the past, the Romanian Jews of today are very well organized in local, national and international organizations such as the Federation of Jewish Communities of Romania or World Jewish Congress.

When did Jews leave Romania?

Jews started to leave the country before the World War II due to the restrictions that were rising. But massive waves of emigration took place only after the wars. Terrified by the Holocaust and its atrocities, thousands of the remaining Jews fled the country and went to the recently founded State of Israel or in the Western countries. Only between 1948 and 1988 around 300,000 Jews left the country, from which 200,000 settled in Israel. More than that, the communist Romanian government received 2 000 dollars “remuneration” from Israel for every Jew they let go. Not even the overthrow of the communist regime in 1989 and transition to democracy brought significant changes regarding the rights of Jewish population. In addition, as the borders were now open, another wave of population decided to head to other countries. Today less than 10,000 Jews are living on the entire territory of Romania and their number decreases with each passing year.

What have they left behind?

The almost 2,000 years of Jewish presence have deeply left their mark on the heritage of Romania. The Jewish community played an important role in the process of transition from the feudal system to the current economy. They were also involved in the cultural life of the country. Important newspapers were published by Jewish editors and moreover, the Yiddish theater was born in Romania.

The Jewry of Romania can also boast with some important figures in the world. Some of them are the Noble Prize Winner, Elie Wiesel, an important philosopher and human rights activist and Serge Moscovici, social psychologist and father of Pierre Moscovici (European Commissioner for Economic and Financial Affairs, Taxation and Customs). Famous people with roots in Romania are Natalie Portman, Alan Greenspan, Stanley Kubrick, Dustin Hoffman, Mark Cuban, Eyal Ofer and the Arison family. Among the ones who stayed in Romania some of the famous ones are Solomon Marcus, Silviu Brucan, Ana Pauker, Petre Roman, Mihail Sebastian, Tristan Tzara, Tudor Vianu, Nicolae Steinhardt, Maia Morgenstern.

But what really stand as a palpable testimony of Jewish presence in Romania are the numerous places of worship, monuments and cemeteries. More than 125 temples and synagogues witness the pregnant mark that Jews left behind. Having an outstanding architecture, many of them are declared historic monuments, such as the Choral Temple and Great Synagogue from Bucharest, Synagogue from the Fortress from Timisoara and the Great Synagogue from Iasi. There are over 750 Jewish cemeteries spread all over Romania that remind of the thriving Jewish period. In larger cities there are also important museums that tell the stories of the Jewish inhabitants of Romania, Elie Wiesel Memorial House being one of them.

There are many other interesting places of Jewish heritage that you can discover in Romania. If you want to learn more about it, join us in a Jewish Heritage Tour of Romania and you will get in touch with well-preserved synagogues, stunning temples, quiet cemeteries and fascinating Jewish people.