Food vlogger Mark Wiens for the first time in Romania 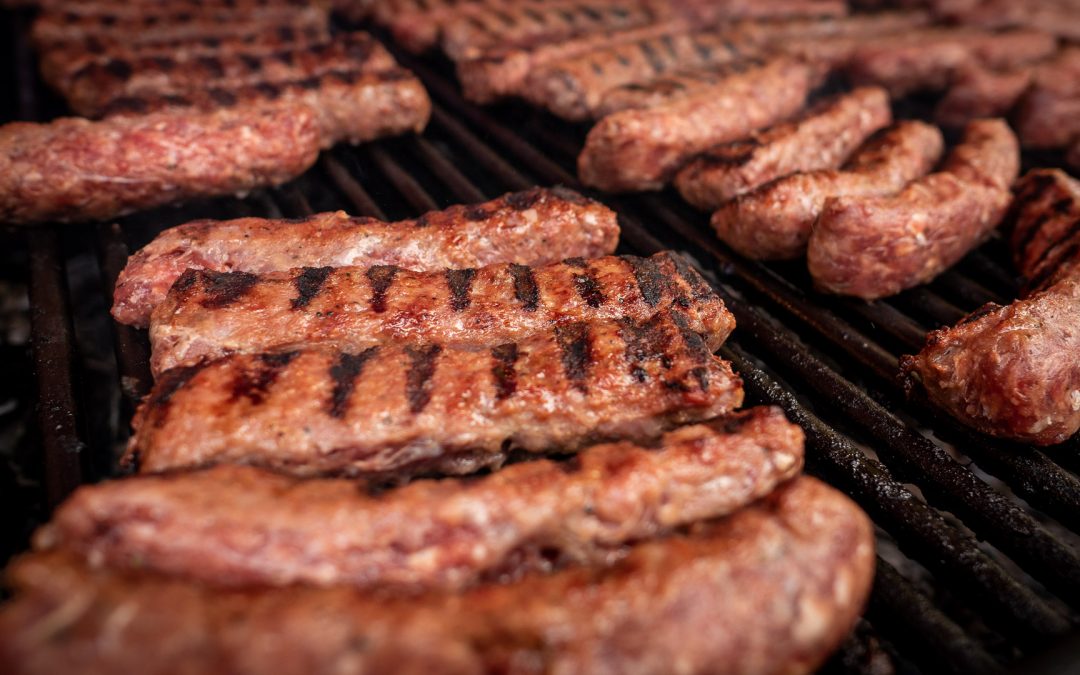 The famous food vlogger Mark Wiens, who strongly believes that there is no better way to connect to people than through food, could not miss Romania and its savory traditional food!

Read more to find out everything about Mark Wiens’ Romania visit!

Who is Mark Wiens?

Mark Wiens is a traveler, author, video host and food blogger, who writes about his meals on Migrationology.com and makes videos of world’s most delicious food, which are seen by more than 5 million followers on YouTube and almost 1 million followers on Instagram. His videos not only provide information on delicious meals and destinations from all over the world, but also inspire people to get out of their comfort zones, set goals, and pursue what they are most passionate about.

Mark Wiens’ Romania visit happened at the end of October 2019 and he fell in love with Romanian food. Brașov, Mălâncrav, Sibiu and Mărginimea Sibiului, Danube Delta, and the capital Bucharest were the places included on his itinerary. Here are some of his experiences:

One of the tastiest experiences of Mark’s visit in Romania was in Mălâncrav. He visited the bread oven of the village, where he tasted the traditional fresh bread served with pork fat and “zacusca”, all homemade.

The next point on his Transylvanian must-do list was to take a horse cart to the next village to go to a sheepfold, in order to see shepherds’ way of living, how they are taking care of the sheep and goats and Mark even had the opportunity to milk the goats! 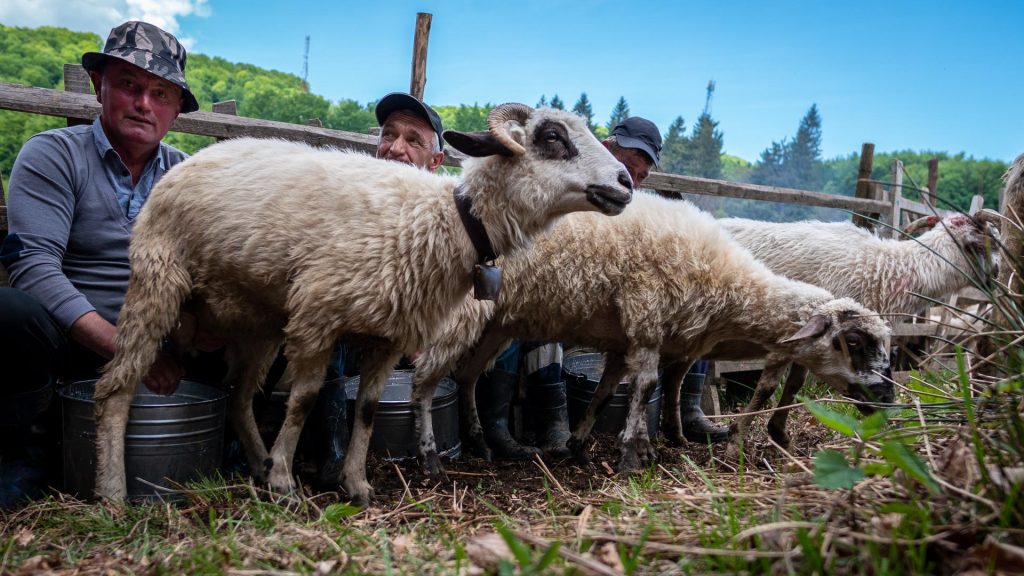 The sheepfold traditional food, such as “balmoș” – a special polenta mixed with cheese, butter and cream, the lamb stew and the variety of cheese, made Mark proclaim that he’ll never forget about Romania.

Back to Mălâncrav, the food blogger took part in a traditional homecooked dinner with ingredients from the village, made up of rooster soup with homemade noodles, rooster stew, sausages, mashed potatoes, slow roasted cabbage stew and polenta.

Every day should be ended in a sweet way, so Mark couldn’t end it without tasting some Transylvanian desserts: sweet corn made with honey, homemade jams and syrups.

Mark Wiens’ Romania visit continued with Sibiu. Here he had a full experience at “targul Obor”, a market located at the periphery of the city. He tasted the famous “mici” with mustard and beer, leaving the market very impressed by the autenthicity of the people and, of course, by the tasty meat, calling the place “the meat heaven”.

“If I’d live here, I would be a regular here too.” 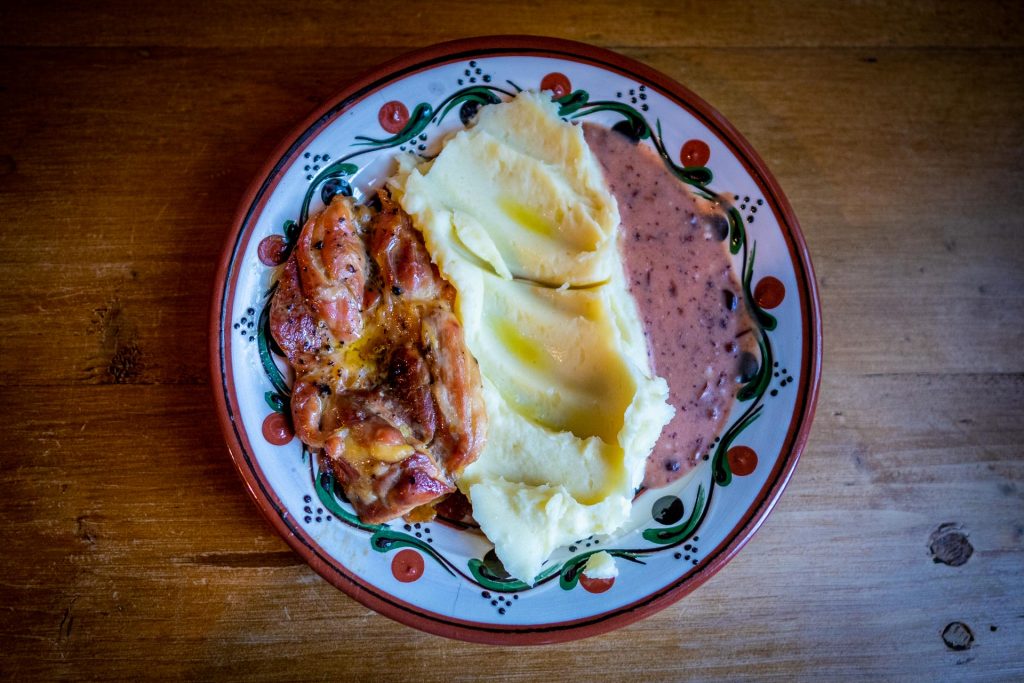 Next on his day was a walk in the old town of Sibiu. After the “heavenly meat breakfast of your dreams”, Wiens climbed the Council Tower of Sibiu, walked the Bridge of Lies, the Large and Small Squares, being impressed by the medieval atmosphere of Sibiu.

Next to Brukenthal Palace he witnessed another small food market, this time a sweet one with Romania’s desserts.  For the first time, he had the opportunity to taste the famous “salam de biscuiti” (translated as biscuit salami), described by Mark as a dense chocolate cake or even as bread with chocolate.

After a walk on the streets of the city, his next stop was to another food market, where he was impressed by the famous “zacusca”, saying that “you got to have a zacusca every day in Romania!”. He also tasted a variety of Romanian homemade pickled goods, sweet spicy chilli sauce, honey and the famous “must” – a sweet juice made of grapes, which is eventually transformed in wine.

Here are our recommended day trips from Sibiu.

The food of Danube Delta

Seafood and fish could not miss from Romania’s gastronomy. For two days, Mark was able to get in touch with Delta’s cuisine and also with the traditions, hospitality and cheerfulness of the locals.

He went fishing and discovered the delights of a fishing breakfast right on a small channel, surrounded by nature. He tasted all kinds of smoked and salted fish with onions, fish balls, fish soup, fish appetizers, caviar and, of course, the “palinca” as there is no better way to welcome someone to Romania than with palinca! 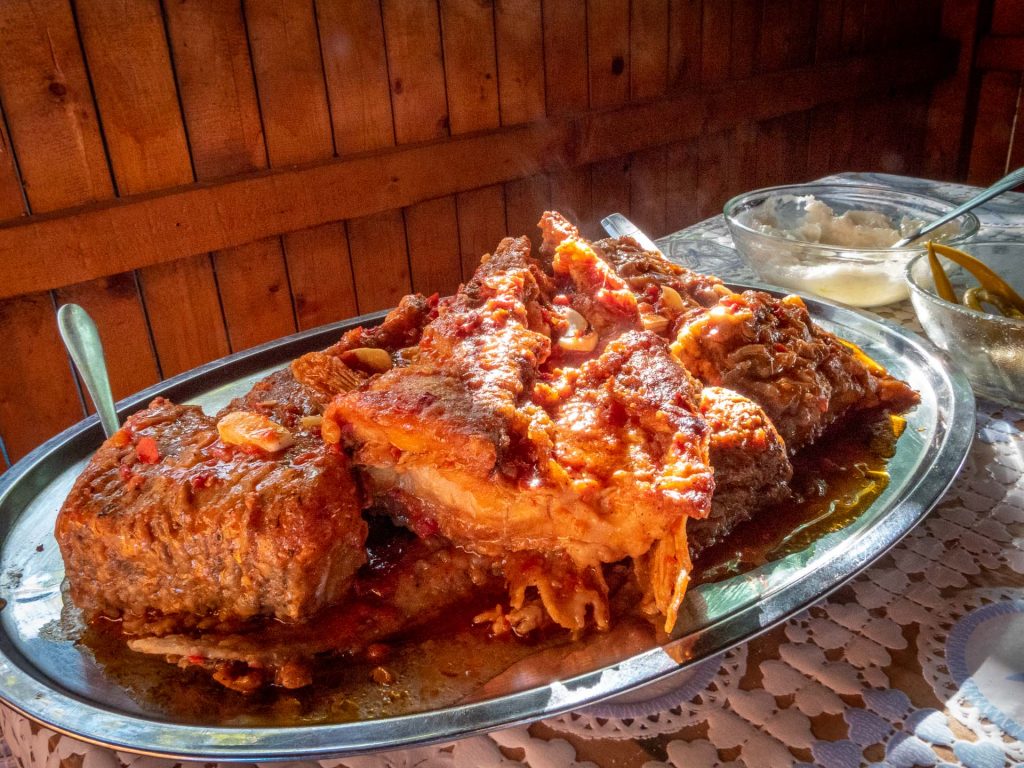 “The Danube Delta has been very spectacular, starting from the gastronomy, especially the diversity of fish dishes, to the people with whom we got in touch. The biodiversity of the place and the multiculturality of the people make the place so special. It is an amazing place, which must be visited!” said Mark.

Mark Wiens’ Romania visit managed to highlight the best of our country’s tasty foods. If you too want to discover the gastronomy of Romania, book one of our Food and Wine tours and get a taste of savory Romanian food!